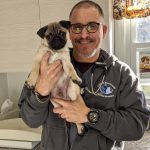 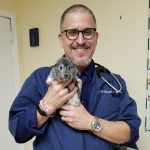 Dr. Neil Bloom, a native of Monmouth County, grew up in Hazlet, New Jersey. He graduated Raritan High School in 1984 and then went on to earn his Bachelor of Science degree in Animal Science from Cook College – Rutgers University. In 1992, he earned his Doctor of Veterinary Medicine from Michigan State University.

He is a member of the AVMA, NJVMA, and the MNJVMA.

Dr. Bloom lives nearby in Middlesex County with his family including 6 rescue dogs and a cat. Outside of work, he enjoys skiing, running, biking and playing softball. He is an AAU Nationally Certified 6th Degree Black Belt in Tae Kwon Do. He was the 2013 National Champion in Point Sparring, 5 time NJ State forms Champion (2013-2017), and 2011, 2015, and 2017 NJ State Point Sparring Champion. He is certified as both a tournament official and coach. He also volunteers as an Instructor at Fastkix Tae Kwon Do in Spotswood, NJ. 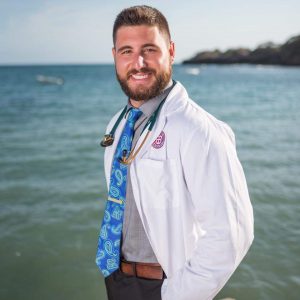 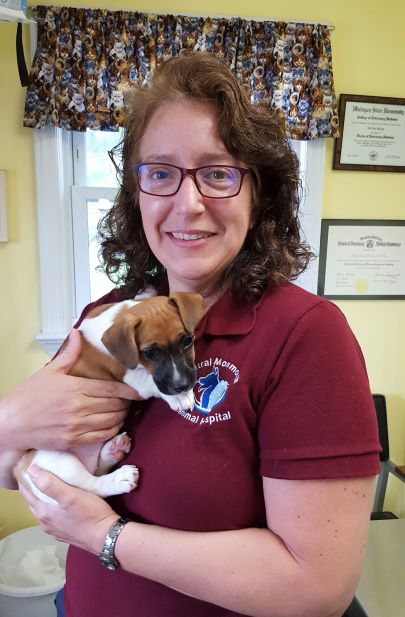 Phyllis is a native of Middlesex County, who grew up in Edison and graduated John P. Stevens High School. She then went on to earn her Bachelor of Arts degree in Psychology and Sociology from Douglass College – Rutgers University followed by a Master of Social Work Degree, from Rutgers University. She continued her Post-Masters coursework at University of Phoenix and Seattle-Pacific University. She is a licensed clinical social worker and a licensed clinical alcohol and drug counselor.

She handles all the behind the scenes business operations to keep things running smoothly. In her spare time, she enjoys time with family including their two children, Jessica and Zachary, friends and all of the animals in the Bloom zoo! 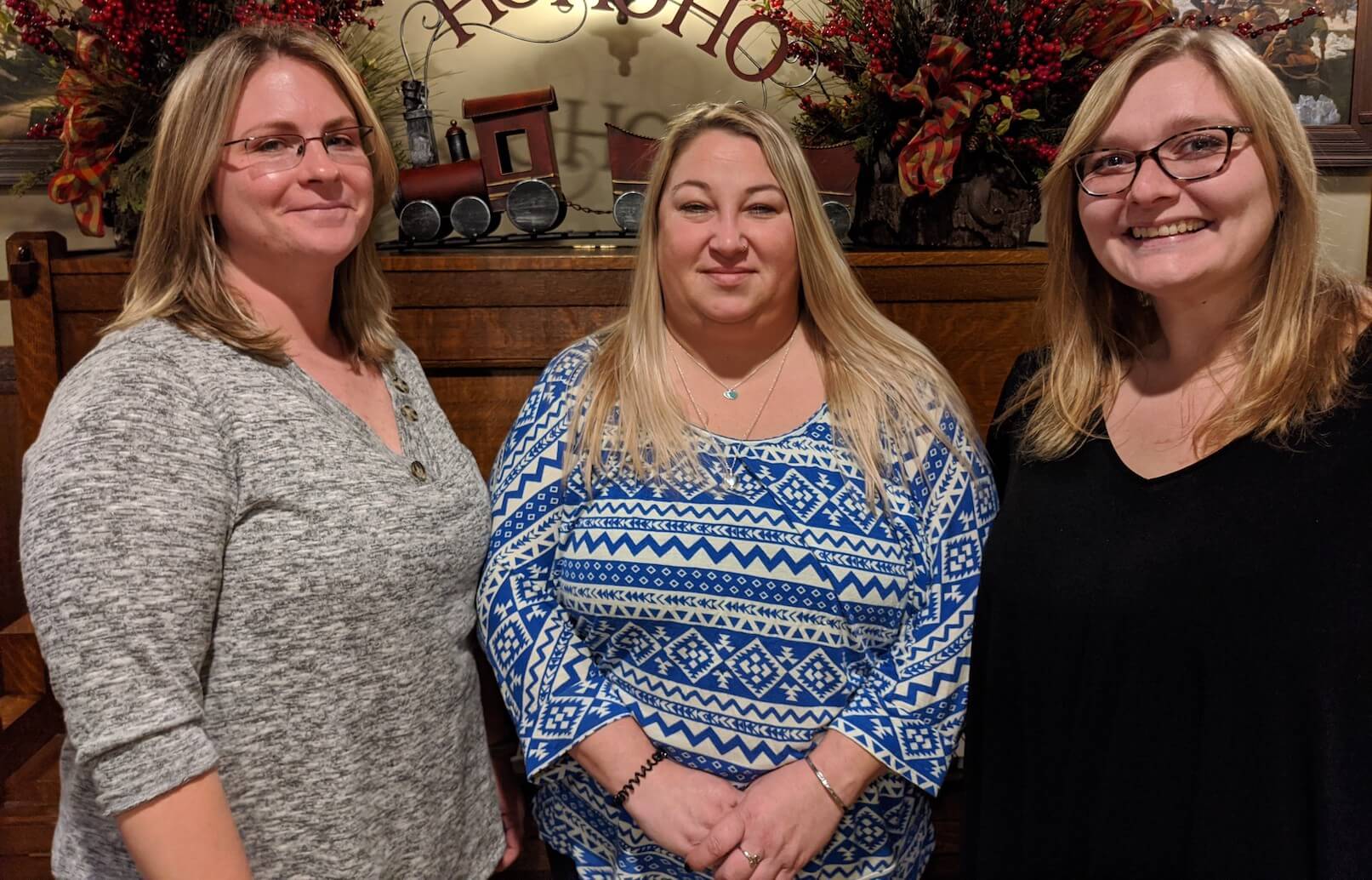 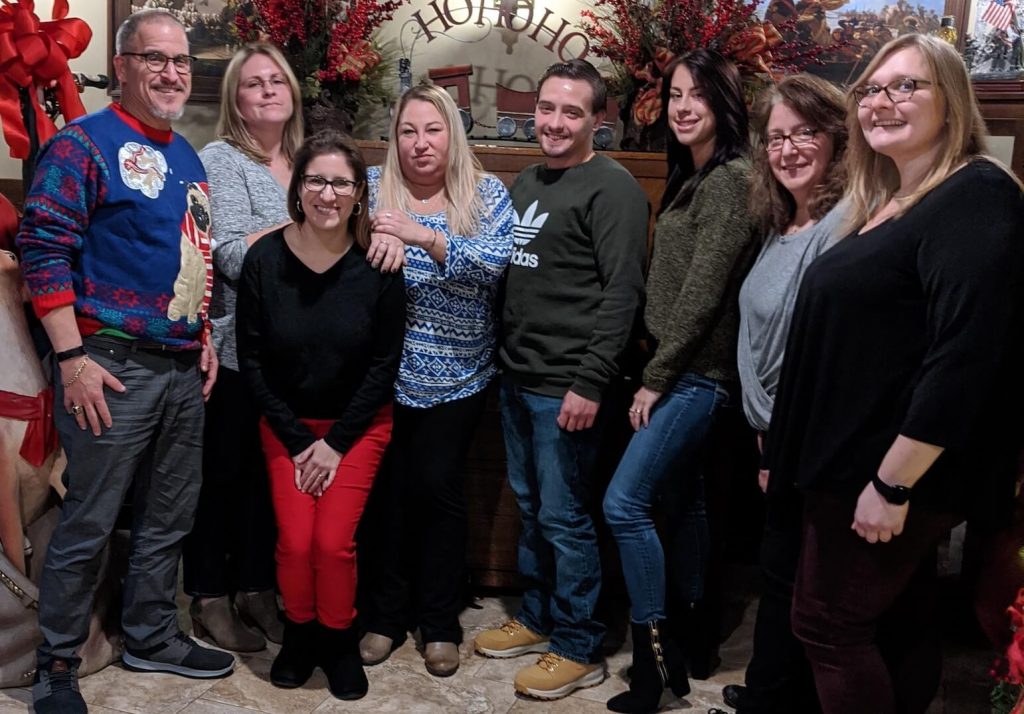 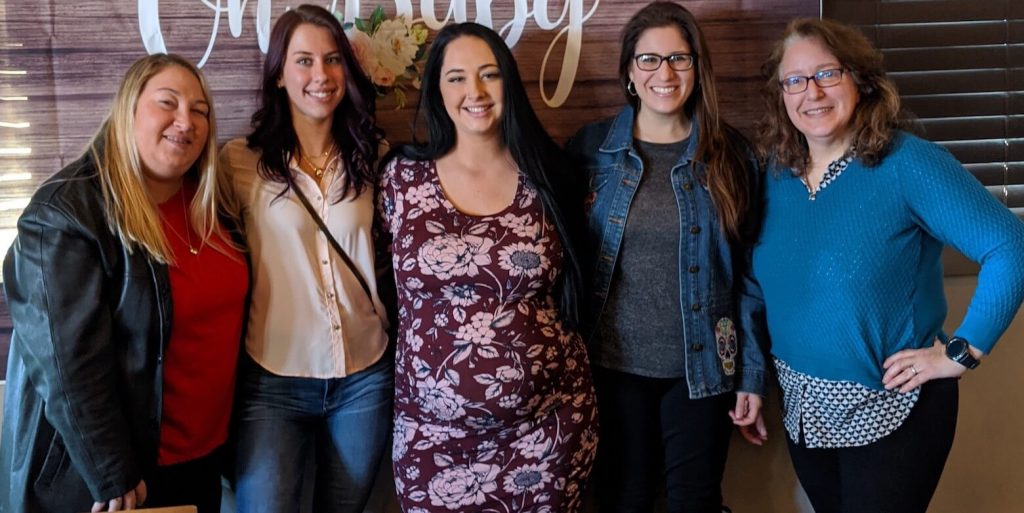 We've been patients (cats, dogs, Guinea pigs, ferrets) for well over 20 years! We love the new staff and Dr. Bloom is the best! The newest addition to our family, Bandit, was just neutered yesterday and I was so worried about the surgery. But the minute Dr. Bloom was done he called me! Today Bandit is running around like nothing ever happened! Would highly recommend this practice. Any vet that gives kisses & gets on the floor with his patients is the best kind. And Dr. Bloom is just that!

We would like to share that Dr. Bloom not only takes care of your fuzzy family, but becames a part of your family. We thank you, Dr. Bloom, for your knowledge and care and extra TLC continually extended to us. For all patients and future patients, Dr. Bloom and his Team are extraordinary in what they do in the good times, and the scarier scenarios when you truly need them the most. Dr. Bloom and his staff's accessibility for our needs exceeds our expectations; he is always there for you. We thank you, Dr. Bloom, for being a part of our lives! The Salotti Family

Dr. Bloom and his staff are the kindest animal lovers on the planet. Okay, I'm sure there are others, but the affordable quality of care, compassion and thoughtfulness received from Dr. Bloom's office in caring for my little doglet, Will Smith is incomparable to any other and I am grateful that they are there for us.

Once again, I cannot thank Dr. Bloom enough for his care and compassion. This is the second time that I have had to bring one of my Dobermans in for urgent care, and each time, the care from Dr. Bloom, and his staff were unsurpassed! Thank you so very much!! CarrieAnn MonteLeon.

Dr. Bloom was so kind for our Lillie Mae's first Doctor visit. He fell in love with her curtness and was gentle and kind to our little 10 week old kitten. He obviously loves his job and all the pets around him. I recommend him highly. I didn't think anyone would be as good as Doctor Rizkalla but we were lucky enough to see Dr. Bloom.

I came to this practice on the recommendation of a friend. Dr Rizkalla and I hit it off right away. I admired his approach with Reagan Chance Luna's and now the eight pack bundle of joy that I have. Well to hear that he was retiring was so upsetting to me, until I met Dr Bloom. One person can not replace the other in my heart, but adds to it. I would like to wish Dr Rizkalla all the happiness with his new schedule- chance will have to go visit him-Dr Riizkalla continues his professionalism when adding Dr Bloom to the practice. Thank you again to two amazing Vetinary Dr s! I can not say enough about this practice

We will do our best to accommodate your busy schedule. Schedule an appointment today!

Please complete this form to request an appointment. Please note that you do not have an appointment until you receive confirmation from us. Thank you!